Last time on FAIC I showed why our naïve implementation of computing the expected value can be fatally flawed: there could be a “black swan” region where the “profit” function f is different enough to make a big difference in the average, but the region is just small enough to be missed sometimes when we’re sampling from our distribution p 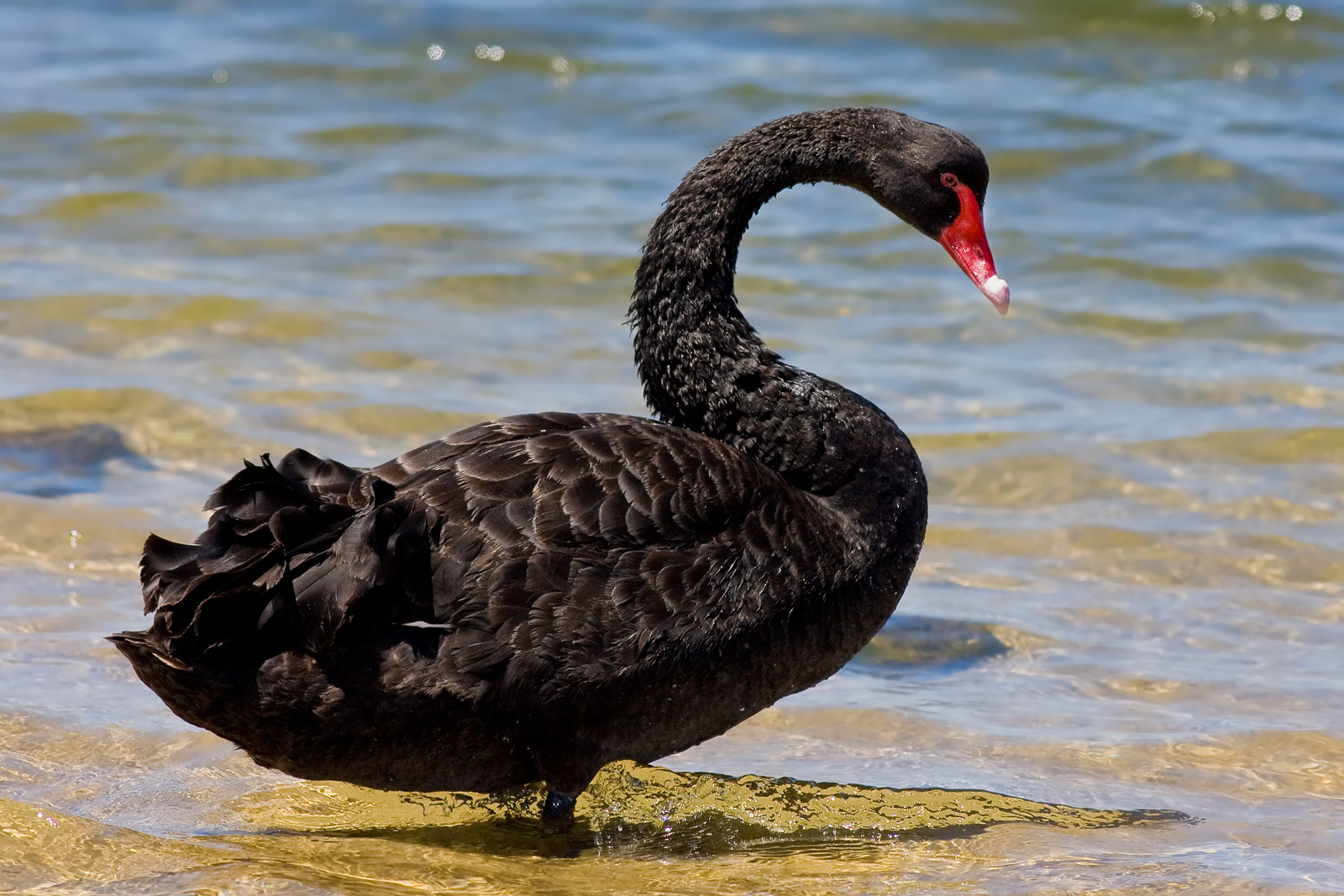 It looks so harmless [Photo credits]

The obvious solution is to work harder, not smarter: just do more random samples when we’re taking the average! But doesn’t it seem to be a little wasteful to be running ten thousand samples in order to get 9990 results that are mostly redundant and 10 results that are extremely relevant outliers?

Perhaps we can be smarter.

We know how to compute the expected value in a discrete non-uniform distribution of doubles: multiply each value by its weight, sum those, and divide by the total weight. But we should think for a moment about why that works.

Can we use this insight to get a better estimate of the expected value in the continuous case? What if we thought about our continuous distribution as just a special kind of discrete distribution?

Aside: In the presentation of discrete distributions I made in this series, of course we had integer weights. But that doesn’t make any difference in the computation of expected value; we can still multiply values by weights, take the sum, and divide by the total weight.

Now we have enough information to make an estimate of the expected value using our technique for discrete distributions.

However, I don’t really regret making the simplifying choice to go with integer weights early in this series; we’re immediately going to refactor this code away anyways, so turning it into a discrete distribution would have been a distraction.

Let’s write the code: (Code for this episode is here.)

And if we run that:

which is a close approximation of the true expected value of this profit function over this distribution. Total success, finally!

I mean, that answer is correct, so that’s good, but we haven’t solved the problem in general.

Fortunately, we can solve these problems by making our implementation only slightly more complicated:

That totally works, but take a closer look at what this is really doing. We’re computing two sums, sum and total, in exactly the same manner. Let’s make this a bit more elegant by extracting out the summation into its own method:

As often happens, by making code more elegant, we gain insights into the meaning of the code. That first function should look awfully familiar, and I’ve renamed it for a reason. The first helper function computes an approximation of the area under a curve; the second one computes the expected value as the quotient of two areas.

The total area under the blue curve is 1.0; this is a normalized distribution.

An interesting feature of this scenario is: look at how wide the negative region is! It looks like it is around 10% of the total support of the distribution; the problem is that we sample from this range only 0.1% of the time because the blue line is so low here. We’ll return to this point in the next episode.

Aside: The day I wrote this article I learned that this concept of computing expected value of a function applied to a distribution by computing the area of the product has a delightful name: LOTUS, which stands for the Law Of The Unconscious Statistician.

The tongue-in-cheek name is apparently because statistics students frequently believe that “the expected value is the area under this curve” is the definition of expected value. I hope I avoided any possible accusation of falling prey to the LOTUS fallacy. We started with a correct definition of expected value: the average value of a function applied to a bunch of samples, as the size of the bunch gets large. I then gave an admittedly unrigorous, informal and hand-wavy justification for computing it by approximating area, but it was an argument.

We’ve now got two ways of computing an approximation of the expected value when given a distribution and a function:

As we know, the first has problems: we might need a very large set of samples to find all the relevant “black swan” events, and therefore we spend most of our time sampling the same boring high-probability region over and over.

However, the second has some problems too:

It seems like we ought to be able to find an algorithm for computing expected value that is more accurate than our naive algorithm, but does not rely so much on calculus.

Next time on FAIC: We’ll keep working on this problem!